So I say, walk by the Spirit, and you will not gratify the desires of the flesh.
Galatians 5:16

A bestselling, captivating, and inspirational book by Melvin Ejiogu

Get Audio-book $1 when you buy Paper back or Hard cover.

Get the inspirational messages, christian news, and promotional offers delivered directly in your inbox, Subscribe Now!

Order The Greatest Reality Show Here or from Your Favorite Bookstore. 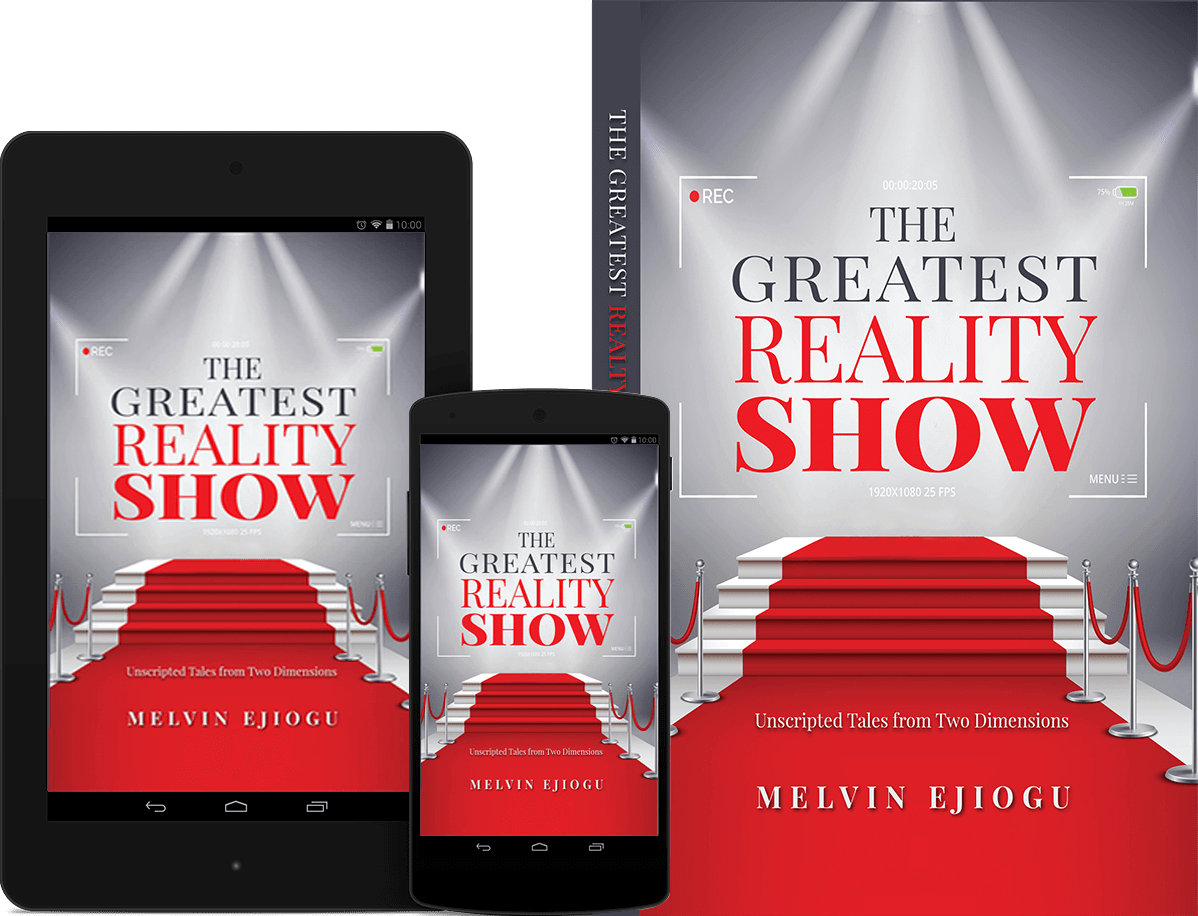 If life were a reality show, what would it look like? The Greatest Reality Show series creatively explores life from the angle of a reality show, with God as the Director of the Show, humans being as the actors, and earth as the stage.

The first of the Greatest Reality Show series comes in a book format. Already a Christian bestseller, those who are able to see themselves as foreigners on the stage of life–as actors and actresses seeking to receive the crown of victory after playing their roles well–will find great satisfaction in this book.

An animation videobook for those who prefer visual than audio. It’s perfect for the family to watch, study and learn the lessons the book offers.

Click here to play a sample of one the chapters

With over 1.4 Million followers on his Facebook page (Jesus Is Determined That you Make it to Heaven), one would think that the author Melvin is a pastor. But he isn’t.  Melvin Ikenna Ejiogu is a Technology Professional who learned that his success in the technology field prepared and equipped him to work for the Kingdom of God. In his profession, Melvin could always explain complex technical topics to non-technical people in manners they could understand.

The writer explains how God through his Holy Spirit, projected himself in a physical form; Which is his Son, Jesus the Christ.this was very powerful illustration for me as the Author describes his truth of his wife’s miscarriage. And how he trusted God. Truly deep revelations here.

IsiomaMay 6, 2020
I’m encouraging everyone to buy and read this book. It will change the way you view creation, and God. Its inspirational and thought-provoking in ways I haven’t really seen before. 100/100 will recommend

DalalMay 7, 2020
I'm convinced that this book was written under the inspiration of God. It's an interesting delve into the story of creation, written from God's perspective. I honestly have not found anything like this book. Highly recommend!

TemiMay 11, 2020
An extremely bold and interesting approach to writing about religion.

Oluwatosin AkinroMay 7, 2020
This is deep and filled with so many revelations one would probably have to read it over and over again to grasp all the truths revealed in it. A very worthwhile and life changing read.

ChinemeremMay 5, 2020
I love this book. I have read a lot of Christian books, and no writer has dared to write about the creation of humanity from God's perspective. Its an extremely bold thing to do.

Comfort NwaobasiMay 5, 2020
Saint Peter said that we are all foreigners on this earth and we should be careful how we act because It would impact how we are judged. Well, that’s what this book is trying to say, but in an engaging way.

I. ChukwukeloMay 7, 2020
This was a unique method to explore religion and spirituality however it focused far too greatly on judeo christian mythology and came off preachy.

Alexa SommersApril 25, 2020
An extremely bold and interesting approach to writing about religion.

Oluwatosin AkinroMay 7, 2020
In his debut title, The Greatest Reality Show, author Melvin Ejiogu invites Christians to turn to God for direction and to surrender to his guidance and holy plans for us.

Sonia FronteraMay 6, 2020
Hi, wow the book is amazing it's like heaven is actually speaking to me while I read. Now yesterday as I was reading I really got convicted coz I know I have failed in some areas of my life and so I decided before I slept I confess and repent. 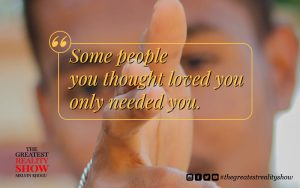 Some people you thought loved you only needed you.

Without love, this situation becomes a carnivorous relationship where the person is only thinking about themselves and what they can get out of you. When you do a project, they ignore you, but when they need something, you will be the first person they come to. 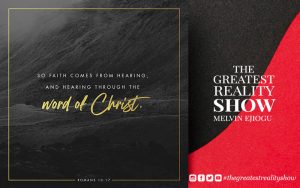 Faith comes by hearing, hearing by the word of God 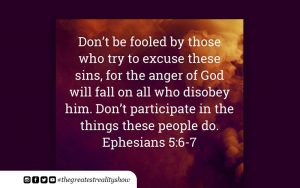 So many times, other people—your fellow stage actors in the theatre of life—try to excuse sin. They say, “Oh, God’s grace covers us. We are under grace.” But dear friends, God’s words today tells us that we should not be fooled by mere words. God’s grace empowers us to obey Him and play our part successfully and satisfactorily.